On September 8, 9 and 10, 2017, Spanish Throwdown took place in Madrid. Many were the doubts that assaulted us before deciding to go one of the most important events of crossfit in Spain, but we were clear that knowing you well was our objective. And it has been a success!

Needless to say, the days leading up to such an event are crazy. Not only for the organizers and the athletes but also for those who, like us, decide to attend and participate. Even so, we insisted that this was the first event in which Train Like Fight participated in a real way because we knew that there would be the best. So it was.

When you are the “small fish” you know that it is very difficult for someone to see you in the immense sea. And, especially, when there are big whales at your side;). That’s why we knew we had to do something different to get people’s attention and that, despite having big companies nearby, people would focus their attention on us and our product. We were excited and excited, because we know that our Metcon Tactical Vest and the Ultimate Metcon Plates are worth it. We know that we play in a league that, in economic terms, is great, but we also know that we have the best ballast vest on the market; the only one that has been created specifically for the practice of crossfit and not minimally adapted from other fields. We are David and they are Golliat. We know. We have it clear. And it does not scare us.

With all these sensations loaded behind our back, we got to work. We took strength and resources from where we had them to be present in the Spanish Throwdown and, despite the final blow that prevented us from being present with a stand of their own, we did not give up. Because when you are in the world of crossfit, surrender never has room. It is not like this? 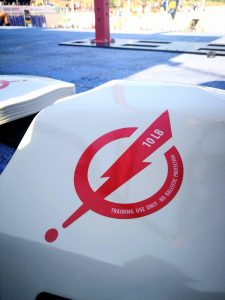 We speak with our most loyal ally The Power Factory to accompany them in this adventure and be able tobe where we wanted to be. They also know that our vest is good, ideal for practicing crossfit and know that our weighted plates have no rival in the current market. So we were given part of their space, an essential part for them but that was vital for us. Thanks to William and his team, we were able to do it. We arrived at the Spanish Throwdown.

The event went on as expected: a lot of crossfit, a lot of sport, a lot of effort … The healthy competition and the desire to overcome was what was breathed in Racquet City all weekend. The athletes were ready to surpass and to surpass … Like us! 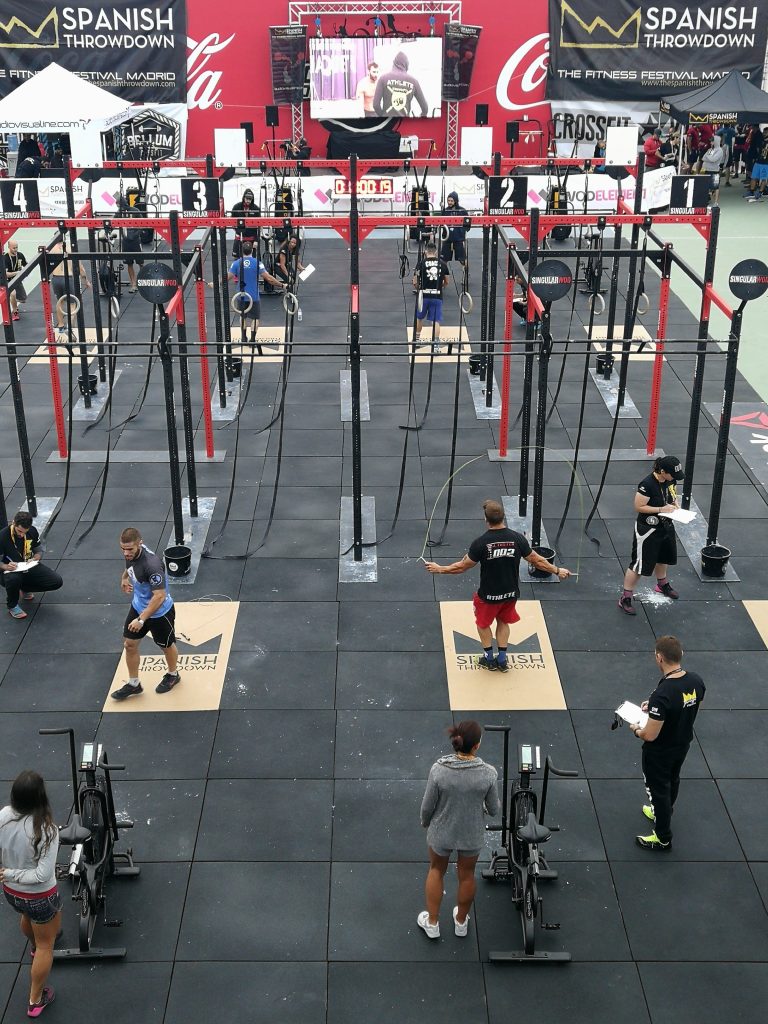 WODs hard and on the level of what was expected that made the athletes reach their limits and transfer them. Little by little, the first fell, but they left with a smile and the feeling of work fulfilled. They had given everything on the track, made it possible, they had come there and that, only that, was their reward. Still, some of them, the strongest, the fittest, perhaps those who had just had a better weekend, achieved the goal that everyone had come to seek and took victory to their home, their city , to his box.

And there we were. In the middle of the men and women more in the form of Spain and 30 other nationalities. With Metcon Tactical Vest and its Ultimate Metcon Plates weighted plates.

Days before, we had decided that, since we were going, we had to encourage people to try on the ballast vest. We know that it is the best, we know that we have no competition in the market in terms of comfort and ergonomics but we also know that, on our side, there would be better known vests and that participants would have to prove almost certain in one of the WODs. How could we do it? We set to work and devised a challenge that would consist of doing pull ups using the Metcon Tactical Vest loaded with the Ultimate Metcon Plates, 10 lbs for men and 7’5 lbs for women, official competition weights. The one who does the most wins. It’s that simple. Without complications.

To do this, we had to design and build a rack. And we did it too. A nice rack, with our logo cut into it. Done!

Came the day. We were in the early hours in Racket City, preparing everything and setting up our brand new rack right at The Power Factory booth. The first athletes to accept our challenge were made to pray. We use social networks to make a very intense call (excuse the assault in some cases …). But in the end they arrived. They began to test our vests, to check with the magnifying glass the plates … It seemed that the experts in the matter were happy with our product to see it. And so one day, two, three … In the end more than 100 athletes passed our rack to try, see and feel both the Metcon Tactical Vest and the Ultimate Metcon Plates. 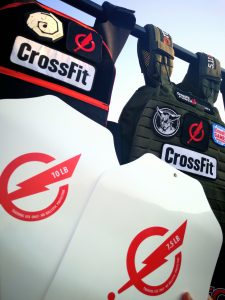 And so they discovered that there is already a better vest than the previous ones. One that does not rub on the neck by the way of positioning the shoulder pad and also by its material. One that does not move and fixes well to the body but also allows to release it for exercises in which this fixation is not needed. One that allows you to pull ups without getting up and end up tearing your chin. In addition, it carries plates that are drawn directly from the military world, with an anatomical shape that fits perfectly to the curves of the body. But that, in addition, are compatible with other vests and easy to get because everything has been manufactured in Spain.

The sensations were good. Better, very good. All athletes who tested the ballast vest with Train Like Fight plaques talked about their comfort, fix and ergonomics. Some even doubted what we were telling them but when they tried it, they gave us the reason. 95% emphasized that they had never tried a tactical vest so comfortable for the practice of crossfit.

There were pull ups, butterfly, strict … but there were also burpees, races, jumps … Everything to test the Metcon Tactical Vest and the Ultimate Metcon Plates. And we approve!

And above all, the athletes who passed through our rack approved. Those who enjoyed the challenge we had prepared and gave everything to take home his vest. The records were rising gradually and the prize changed hands several times until finally, at the last hour of the last day, Elena Robles scored 27 pull ups with 7’5lbs over and Santiago Jiménez Romero exceeded the 52 that we think would not be surpassed with 53 pull ups with the 10lbs on the body. They and all the athletes who went through the stand are our Spanish Throwdown 2017 champions.

Thanks for every impulse!