And the fittest on earth is… Crossfit Games 2017

The hangover has already passed and we can say who are the fittest people on earth without fear of making a mistake: Mat Fraser in men, Tia Toomey in women and Wasatch crossfit in teams. The Crossfit Games 2017 have left memorable moments, great WODs and many surprises. As for the fittest Spaniards on Earth, we also know who they are. Paco Bravo and Gabi Castro who managed to reach in the Olympus of athletes, Crossfit Games 2017. 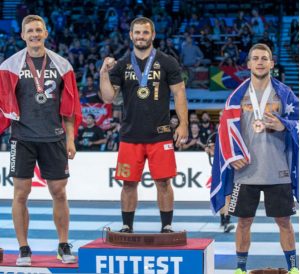 We all imagined it. Nothing has changed and, as it could not be otherwise, Mat Fraser has left everyone breathless.

From day one, it has led the classification and has not given barracks to its rivals. It must be recognized that Fraser’s superiority has, in a way, made the Games a “passing” event. We all knew (or assumed) what would happen, no surprises, Fraser has left no room for them. Even those of “The Dave Castro” have fallen short of Fraser’s great capabilities, efficiency and know-how. Even so, Fraser has re-taught us a lot about the greatness of this sport and of himself as an athlete. In spite of knowing already champion, it gave everything in each test, giving to all to us a true lesson and making clear that Fraser already is legend.

Brent Fikowski and Garard could do little against Fraser, although they played a great role to get 2nd and 3rd place. 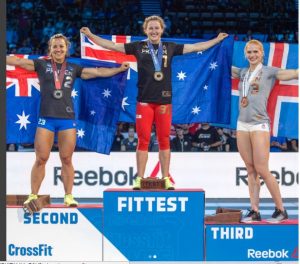 The real competition of the Crossfit Games 2017 has been this: the struggle to find the fittest woman on Earth. Tia Toomey had it clear from the start. She did not come to play. After being second in 2015 and 2016 she did not seem willing to repeat. But it has been fought …

The fight has finally been between two Australians, Toomey herself and Kara Webb who has risen dramatically from the 7th place of Games 2016 to this second place. But not only did they impress in these Games: Thorisdóttir, Sigmundsdóttir, Davidsdóttir … The spectacle given by all these sportsmen has been brutal, leaving the gooseflesh to the spectators in many moments and being protagonists of many of the momentazos of event.

Finally, Kara Webb was 2nd and Annie Thorisdróttir 3rd in feminine Games that will be remembered in years. 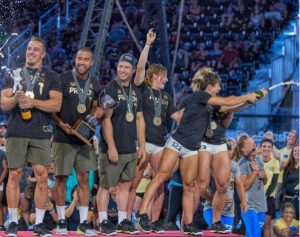 Before starting the Games, it could be thought that the news would be that Crossfit Mayhem was not champion. But no. It was not so. What really stands out has been the role of Wasatch Crossfit, team winners. They had the preparation, they had the bodies and above all they had the perfect attitude to win the title and crush their rivals.

And Froning did not win. That is another news, not very expected after seeing them at the highest for the last 7 years. Still, as a member of the Mayhem team made us live moments that reminded (and much) their past Games in which crushed their rivals. Intelligence and efficiency that this time have not been worth to him or his team but to those who were watching.

The Spaniards who landed in Madison were 2, in this occasion: Gabi Castro, who participated in the Teenage category 16-17, and Paco Bravo, participant in Masters Men 35-39.

Gabi Castro is, without a doubt, one of the promises of the Spanish crossfit. His marks already compete with those of other consecrated athletes and he still has not turned 18. His role in the Crossfit Games 2017 has not left us indifferent. He started with strengths and in outstanding positions of the ranking, although finally he was falling until the 17 position. It has left us great moments to feel that patriotic pride when we saw him get a 100kg snatch or finish in 8th position in duathlon. It will have to be followed very closely.

Paco Bravo, who debuted in the new Masters 35-39 category alongside great Crossfit legends. Although the Games started for him in the best possible way, achieving even a very deserving second place in the obstacle course, his ranking in the Crossfit Games rankings was down to finish in 19th place. A pride for all his role in These Games 2017, that insurance will improve in the next ones under the protection of the experience.